Common Grackle in the right light

The picture of this Common Grackle was taken in Prospect Park, Brooklyn on April 4. There was a dense fog in the morning which gave me the opportunity to play with foglight. I got this shot as the fog was beginning to lift and the sun was breaking through. This Grackle puffed up very similar to the Red-winged Blackbird each time it sounded which is what created this unusual pose with the feathers “extended” like this.
When I opened the picture in Adobe Lightroom, I could not believe the colors that were captured. I enhanced the saturation just a bit and dodged some of the lighter areas but other than the usual sharpening, I did very little else. I decided that I like the branch configuration as is because it echoed the cragginess of the bird itself and I really love the various sizes, shapes and intensity of the lines that are created by the various branches which was helped by the fog.
This Grackle is very far from being common. 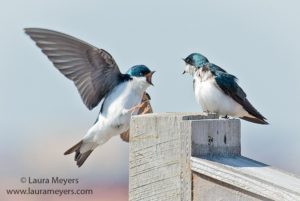